Did the Mysterious Purple Squirrel Visit a Portable Restroom Trailer? 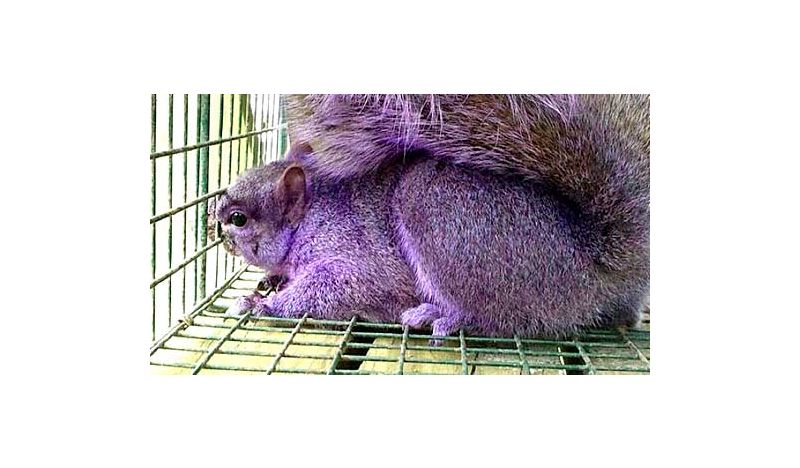 Did the Mysterious Purple Squirrel Visit a Portable Restroom Trailer?

A Pennsylvania couple recently found an odd intruder invading their backyard: a purple squirrel.
According to reports, Connie and Percy Emert of Jersey Shore, PA had been trapping pesky animals who were stealing food from the bird feeders in their backyard. And last Sunday, they caught a highly unusual squirrel. A purple squirrel.
The brightly colored rodent has caused quite a stir, both on news stations and online, and triggered a slew of theories as to how he got that color, including gene mutation, and the result of a strange diet. A local game warden even took hair samples to analyze.

But the theory we subscribe to? We're going to guess the Mysterious Purple Squirrel of Central Pennsylvania simply stopped off in a local porta potty… and fell in. Getting covered in the blue liquid used to control odors. Either that, or a local beauty school student was practicing on local tree dwelling rodents, because she ran out of volunteers. But the porta potty theory is more solid. And if he had stopped in one of our portable restroom trailers instead, at least he would have enjoyed a little heated comfort before becoming a media celebrity.